There may not be any NFL games until September now, but we have a unique and fascinating offseason ahead of us and it all starts with where all these quarterbacks go. Let’s talk about how likely it is that these guys are on the move and where I think they could go. 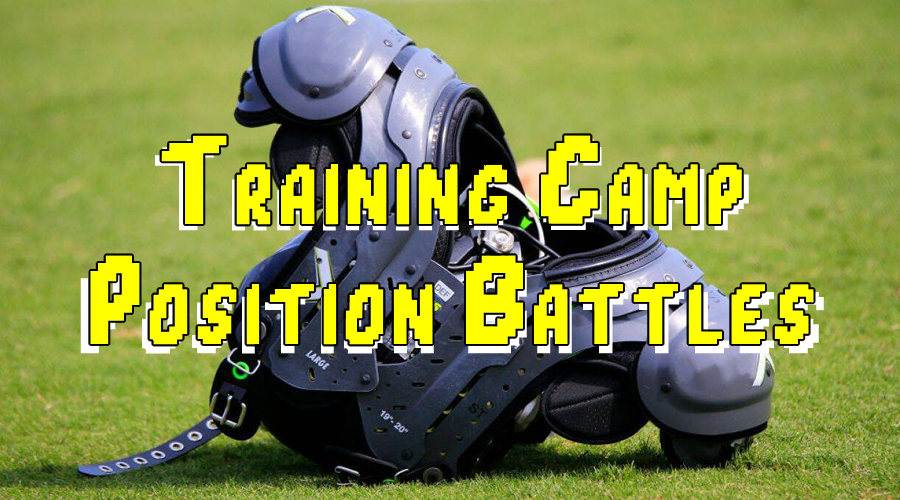 We have finally reached NFL training camp and with the agreement between the league and the players association, there is a little more clarity about how the preparation for the 2020 season will look. With such a long time off, the early stages of this will involve a lot of lifting and running, before the players actually go out on the field and compete, but like I have done for several years, I want to look at some of the more interesting battles for starting positions.

Now that preseason has been cancelled, it will only enhance the importance of these competitions and even though I usually have a little bias towards rookies, since I studied them a lot since the Super Bowl ended, this whole situation should actually favor the more seasoned veterans. For this exercise, I tried to avoid a few of the really obvious ones, such as the Bears QB competition that has and will be talked to death by all the major networks, or the Dolphins entire offensive line pretty much, where you can’t point to one specific spot.

With that being said, here at the ten that I will follow the closest:

END_OF_DOCUMENT_TOKEN_TO_BE_REPLACED 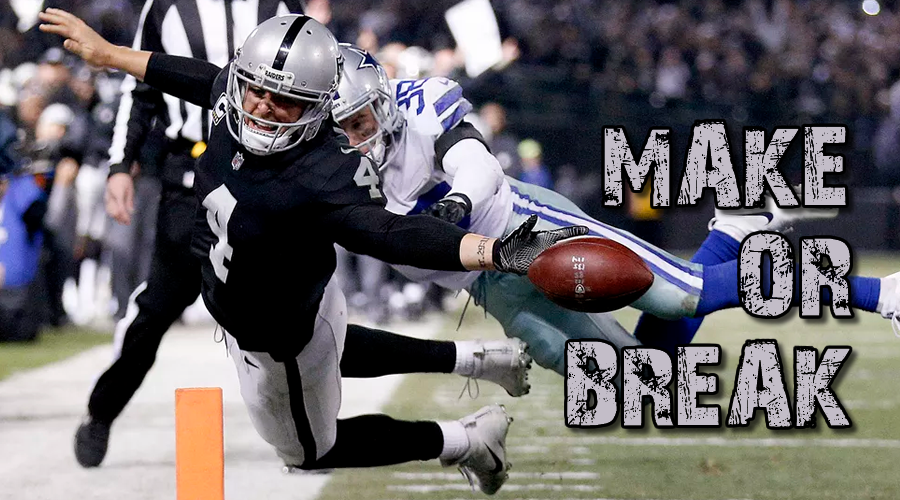 We have talked a lot about breakout NFL players, most improved position groups and all that kind of stuff. Now I want to shift the focus more towards players, who aren’t in a position where they are locked in as long-time contributors for their respective teams and will be entering a crucial season in their careers.

Those can be young players not living up to their draft status, guys in a contract year wanting to earn another lucrative deal or long-time veterans trying to stick around. I called this a make-or-break season for these players because they aren’t at a point, where people recognize them as some of the best players at their position. So you won’t see necessarily see players on the franchise tag, trying to earn that long-term contract for big money, but rather guys who could also be labelled as draft busts or washed up veterans.

END_OF_DOCUMENT_TOKEN_TO_BE_REPLACED 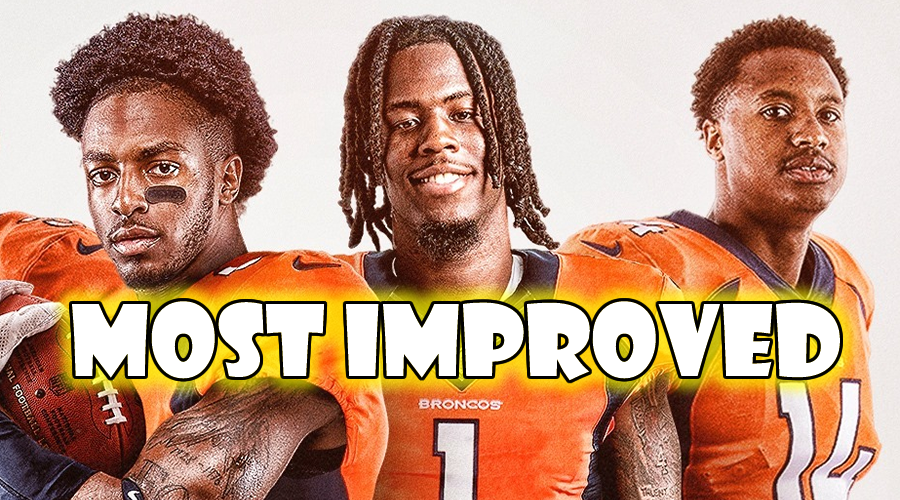 As I’ve been working through every NFL roster to point out their biggest remaining need(s) and which players could break out for them in 2020, I wanted to look at this from a different angle. Therefore, I compared the rosters from a year to the ones heading into this upcoming season and tried to figure out who has improved the most at every single position.

For this piece, I am considering top-end play a depth. Players that are simply coming back from injury will be weighed to a smaller degree, but that can obviously vary depending on how much or if that guy actually played for them last season.

END_OF_DOCUMENT_TOKEN_TO_BE_REPLACED I started this exercise of choosing second- and third-year players in the NFL I expect to take the next step in their development, based on being in a better situation due schematic changes, the respective team not re-signing certain veterans and allowing their young guys to play a bigger role or just my evaluation of them coming out of college.

Once again, my criteria was – they were not allowed to have a Pro Bowl so far, reached a major statistical milestone (1000 yard season, double-digit sacks, etc.) or are just looked at generally as one of the better players at their position already. I didn’t include guys that made my list already last year (Kemoko Turay, Justin Reid, etc.) or haven’t seen the field at all yet (Jonah Williams, Hakeem Butler, etc.). Across my two articles on these breakout players, you will only find one top ten pick, since I believe those are obvious choices anyway, if those guys just haven’t been healthy or whatever it may be.

In this version, we are looking at eight more defensive players ready to break out in 2020 after talking about offense last week already:

END_OF_DOCUMENT_TOKEN_TO_BE_REPLACED After going through the rosters of all 32 teams and talking about their biggest remaining need, I now want to talk about some young players around the league, who I think will take the next step in their development this upcoming season. Specifically I’m looking at second- and third-year players who haven’t been a Pro Bowl selection, reached a major milestone (1000 yard season, double-digit sacks, etc.) or are just looked at generally as one of the better players at the position already. I also didn’t want to talk about guys I already had on my list last year, like Kemoko Turay for Indianapolis or Justin Reid for Houston – who I believe already is one of the best young safeties in the game – and I ended up with only one former top ten pick, since the few I considered mostly haven’t broken out because they simply haven’t been on the field enough. At the same time I made it a requirement to have played at a least a little. So that excludes guy like Bengals offensive tackle Jonah Williams and a receiver I really liked, who is now on the Cardinals named Hakeem Butler.

For this exercise I considered what my evaluation of them was coming out of college, in terms of the development they still needed to make to be effective at the next level, situations they are now, whether it’s a change of scheme on their team or veterans that were let go in order to allow them to take on a bigger role, or just how high I was on them as draft prospects. I’m going to analyze their skill-set, how they fit with their respective teams and why I believe they are bound to break out in 2020.

In this version, we are looking at eight offensive players:

END_OF_DOCUMENT_TOKEN_TO_BE_REPLACED 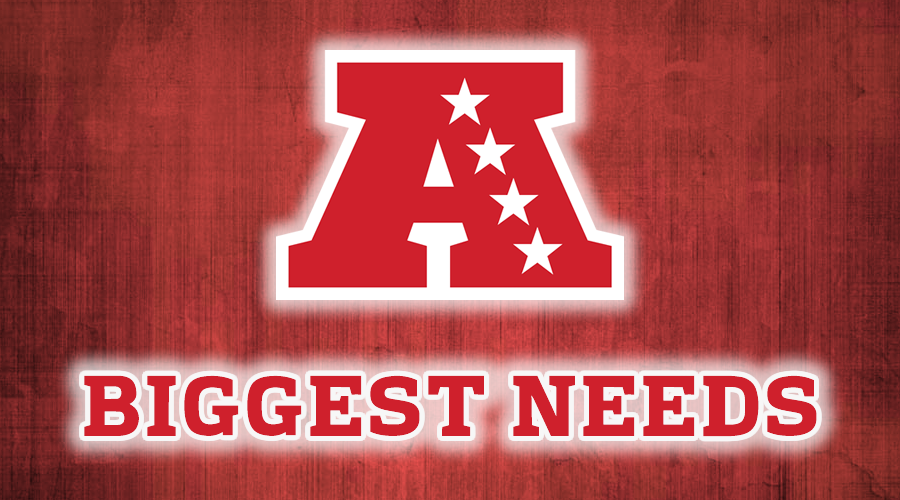 We are at the second part of my “biggest remaining needs for each NFL team” breakdown and today we look at the AFC side of things. Once again, at this rather eventless point of the offseason, I get to break down the rosters of all 32 teams and watch some tape to pin-point the one area each squad should still improve at to be their best.

That can be an impact player at a certain position, a contributor in a specific role or just a backup at a spot, where the team doesn’t have great depth. Of course scheme fit and available ressources have to be considered individually, but looking at this from a more general perspective, these are the one spots each team should still be looking to upgrade at.

Also check out my NFC version of this write-up and you can listen to my breakdowns on Youtube as well.

END_OF_DOCUMENT_TOKEN_TO_BE_REPLACED 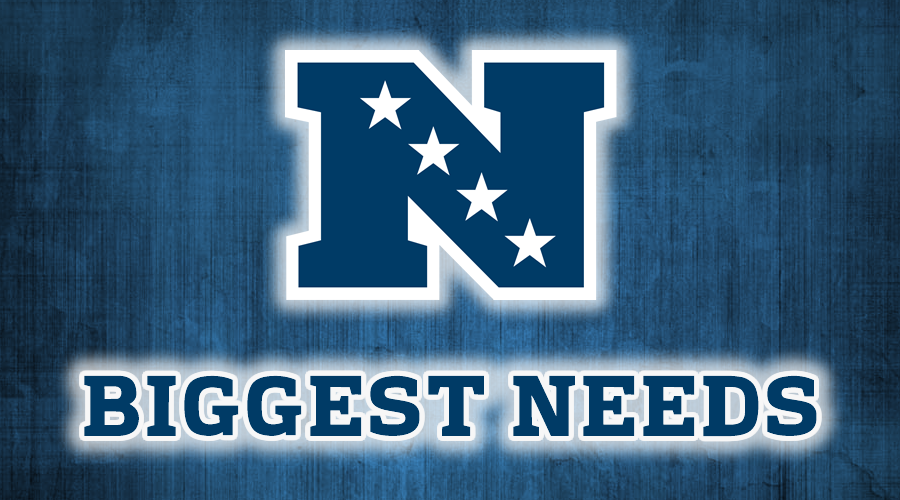 The big free agency period and draft are now in the books, so we have reached what I like to call the “dark hole” of the offseason. You don’t have a lot of trades or signings going on and the biggest news are about teams changing their uniforms. However, what this part of the year allows me to do, is watch the film of some players I wasn’t really able to during the regular season and evaluate how teams are built.

I looked through the rosters of all 32 NFL organizations and tried to pin-point the one spot they could still use an upgrade at. That can be a very specific fit for their scheme, a true impact starter, depth at a certain position group or whatever. I tried to go through some of the areas of improvement I looked at, how they might have addressed some of them already and how I got to the conclusion of what their biggest need is.

You can also listen to my breakdown on Youtube and I will put out my AFC version of this next week.

END_OF_DOCUMENT_TOKEN_TO_BE_REPLACED 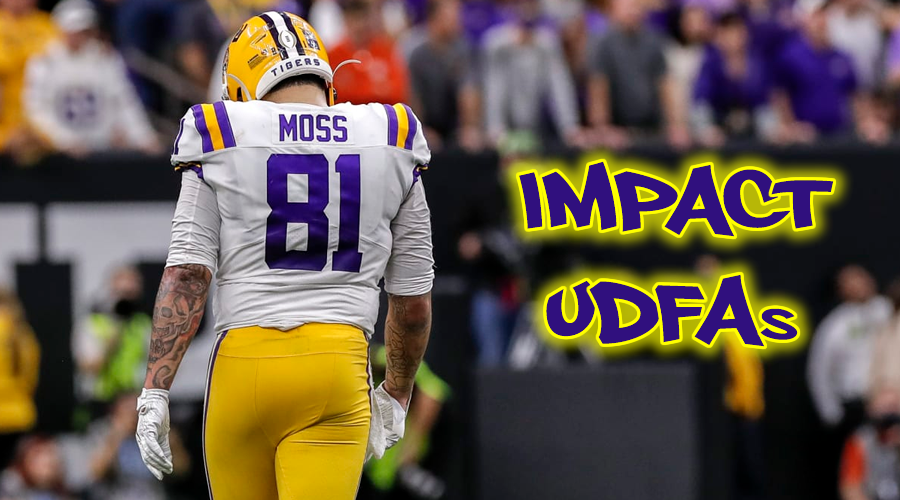 Like I mentioned in my big draft recap last week – this was a very unique version of the NFL draft with its positives and negatives. So much talent fell down the board and several prospects I really liked didn’t even hear the name called at all. That includes six of my top 120 overall players available. A lot of that was certainly due to the circumstances, where teams weren’t able to conduct personal meetings or let their doctors take a look at these athletes. Some prospects may have fallen for good reason, which we aren’t necessarily aware of, but every year there are a bunch of guys who didn’t get selected, but turn out to make an impact with the teams they sign with shortly after.

Those are the type of names I want to point out in this article. Since I don’t have information on all the medical reports or off-field concerns, this is purely based on my evaluations of these prospects and the situations they find themselves in.

END_OF_DOCUMENT_TOKEN_TO_BE_REPLACED 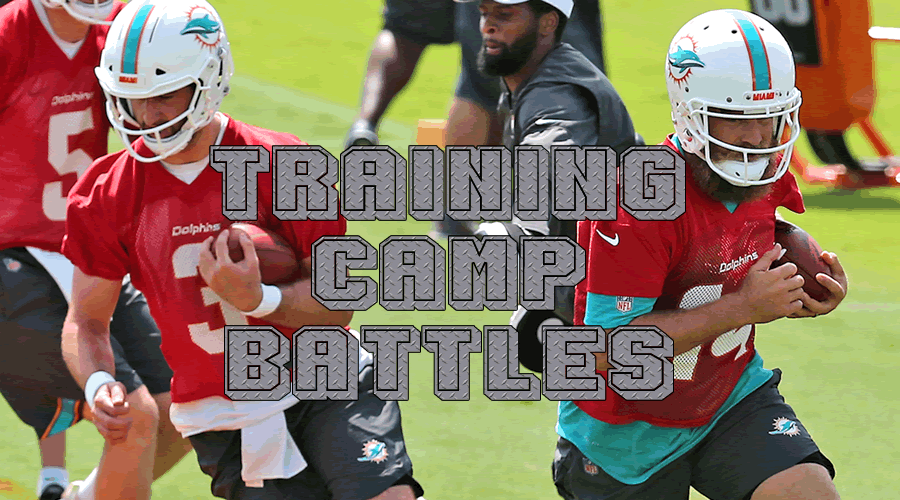 With training camp in full swing for all 32 teams and just a week away from the Hall of Fame game between the Falcons and Broncos, I wanted to take a look at the biggest position battles going on for every team throughout practice and a lot of times most of the preseason. Some of these may be very close two-man races for a specific spot, others include several candidates looking to crack the starting lineup. Some of them may be sexier when it comes to quarterbacks, while others are about offensive guards putting in the work up front. However you want to turn it, these are what I think the toughest battles going on right now and only competition will determine the winners.