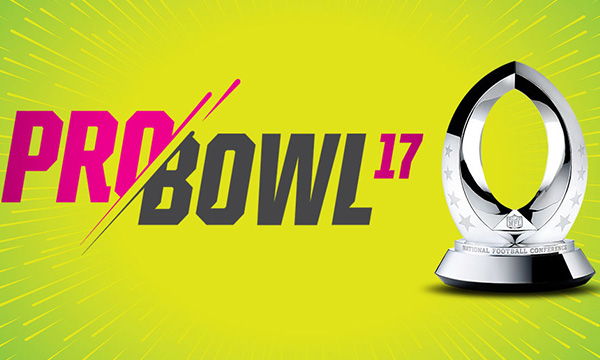 Since it’s the season of giving rather than taking I don’t want to take anything away from the players who made the cut, but rather list the guys I think would deserve a trip to Orlando. The problem with the decision to split up AFC and NFC rosters again is that you have the same amount of players at each position respectively and if you have three great quarterbacks or running backs in one conference but another one would be deserving of a spot he can’t get in even if less impressive fellows get chosen to the other conference’s roster. Therefore I’m not going to simply tell you I’d take that guy out to put another one in. For the actual Pro Bowl rosters visit here.

I know Pro Bowls and MVPs are all about putting up big numbers, but I can easily make an argument for Stafford being a more valuable player to the Lions than anyone else to his team. Let’s look at the frontrunners for the award: Tom Brady obviously missed the first four games of the season in which LeGarrette Blount played as well as any running back and he now has 15 touchdowns on the season. But not only that, the Patriots defense ranks number one in points allowed. Matt Ryan has one of the two best receivers in the business in Julio Jones, the number eight-ranked rushing attack featuring two dynamic backs, who also are a big factor in the passing game and a pretty opportunistic defense that has given him short fields to work and with Vic Beasley they have someone to close out games. On the other hand Stafford has had to work with the third-worst ground game in the NFL, a shaky offensive line and even though the defense has been solid in points allowed they have only forced the 27th-most turnovers and the 29th-most sacks. When the game has been on the line against some tough defenses he has brought his team back with clutch throws down the field and third down scrambles to break opposing defenses’ necks. 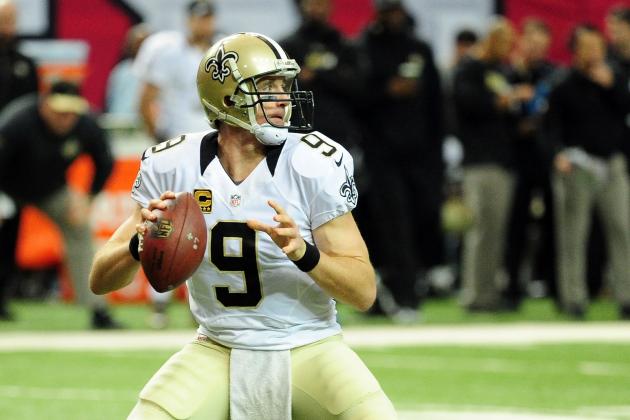 I know there are some young exciting signal callers in the league and they deserve a lot of credit, but here is a future Hall of Famer playing another great season on one of the worst teams in the league and he doesn’t get the recognition he deserves. The Saints defense has allowed opposing quarterbacks to throw the ball over the place (31st-ranked passing defense) and they have given up 28 points per contest. In other words they have made it very tough on Drew by constantly putting his position to catch up and having to take the ball down the field. He has answered the call in a big way leading the league in passing yards and touchdowns and if it wasn’t for two really bad games against the Lions and at Tampa Bay in which they combined for less than a 100 rushing yards his stats would look much different without the zero touchdowns and six picks in that span. Do you want prove of his greatness? – Just look at how he picked the Cardinals D apart Sunday completing 77 percent of his attempts for almost 400 yards and four TDs. 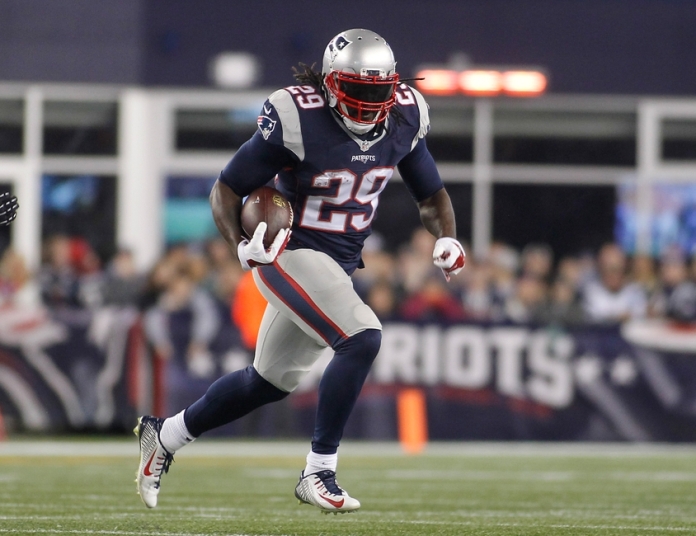 I already talked about Blount’s ridiculous 15 touchdowns and it’s not like the Patriots force the ball to him – he has earned those carries. In Tom Brady’s absence New England leaned on Blount to carry their offense and he took over averaging 100 yards over the first three games. Even with Brady back and James White as well as Dion Lewis cutting into the number of his carries he has been crucial to their success pounding the ball into the endzone in goal-line situations and running out the clock late in games. That is the main reason he only averages four yards a carry, because he always falls forward and has big play ability. 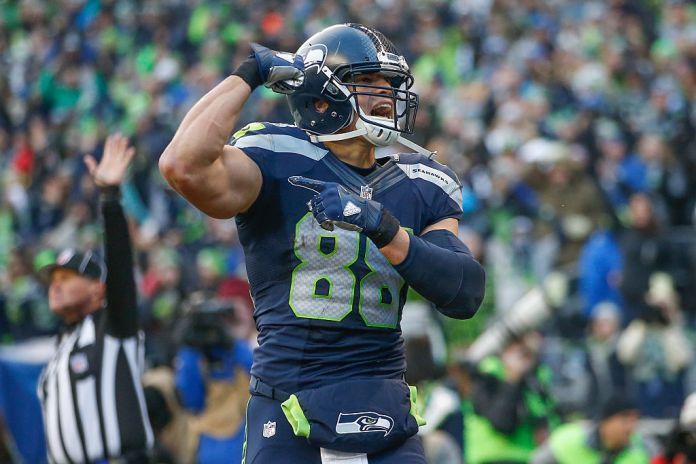 After suffering a horrible knee injury in week 12 last season nobody expected Graham to be the dominant force he was for the Saints this year again already, maybe ever. It took him and Russell Wilson a while to build a great relationship on the field and he started the year slow with just four catches in the first two contests. Since then he has caught 55 passes for 763 yards and five touchdowns. Therefore he still has a shot reach the 1000 yard mark once again even though he has slowed down over the last two weeks. What has been impressive about his season after major injury is that he averages almost 14 yards a catch and that he has been a much improved blocker compared to his first six years. 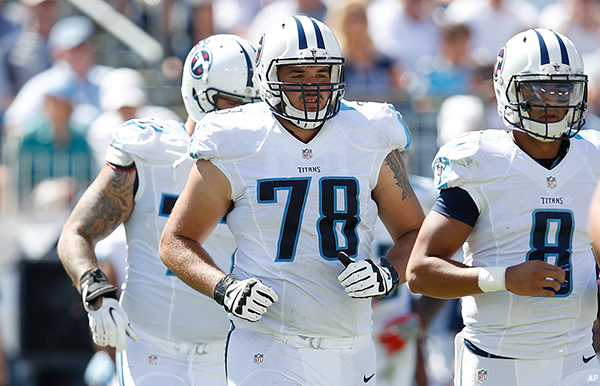 Rookie offensive linemen don’t usually earn that much recognition. Only if they are struggling. But the former Spartan deserves a ton of credit. Tennessee’s left tackle Taylor Lewan made the cut and probably should even start, but Conklin is a mauler in the run game and he has given up just one sack over the course of the season. What is even more impressive to me is the fact that as a rookie O-lineman he hasn’t been called for holding at all. I had the Titans offensive front ranked number two  only behind the Cowboys recently and having Conklin in the lineup has made a big difference in establishing their exotic smashmouth football mentality. 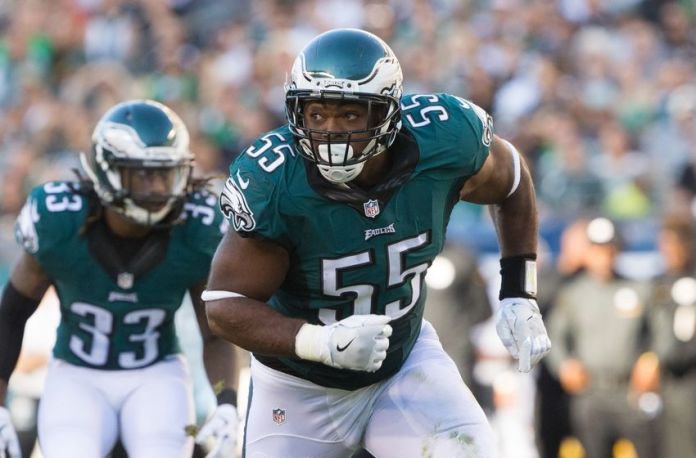 In the Thursday Night division clash between the Giants and Eagles the viewers were shown a graphic that told you all about Graham. He ranks second in the league with total quarterback disruptions. I know 5.5 sacks don’t sound very impressive but he and Fletcher Cox can make offenses’ days hell. What I really like about Graham is his willingness to play the run as he has gotten very good at shedding blocks and making plays in the backfield in the ground game. Not only have the Eagles found their QB of the future, but also two cornerstones on the defensive line. 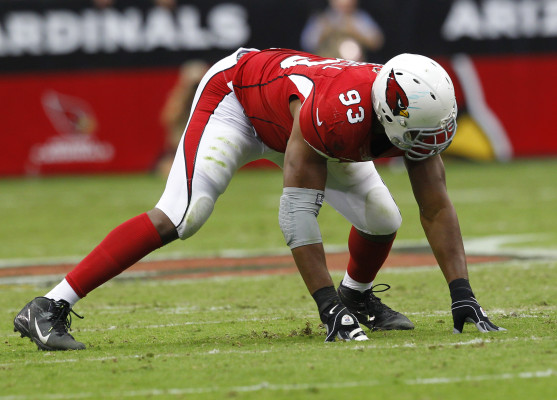 The Cardinals defense has been mediocre over the course of the season. In fact their entire team has been. That has been in large part due to a banged up Tyrann Mathieu and offensively Carson Palmer has fallen off again as well as receivers dropping way too many passes. One of the bright spots has been 9th year man Calais Campbell, who is just a huge human being and a problem for offenses. He is as disruptive against the run as he is against the pass totaling ten tackles for loss and six sacks. The unsung hero has picked off a deflected pass, forced and recovered two fumbles and taken one of those to the house. 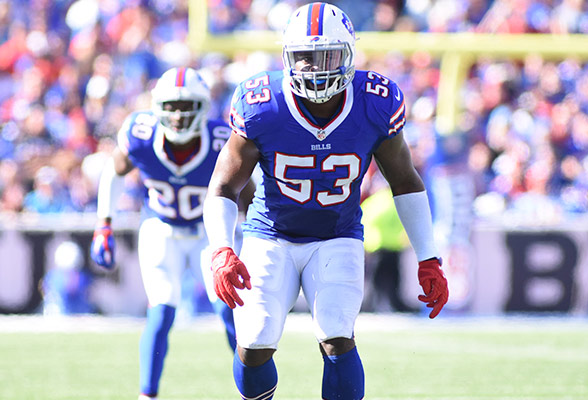 Coming into this year nobody knew this guy’s name. When fans watch Bills games they probably don’t even realize he and teammate Preston Brown are different players because they share the same second name and wear numbers 52 and 53. Let me tell you Zach is a baller. On the year he has 130 tackles, four sack, two forced fumbles and a pick. In other words – he is always around the ball. He is simply a presence in the middle of their defense and puts some large men on their backs. 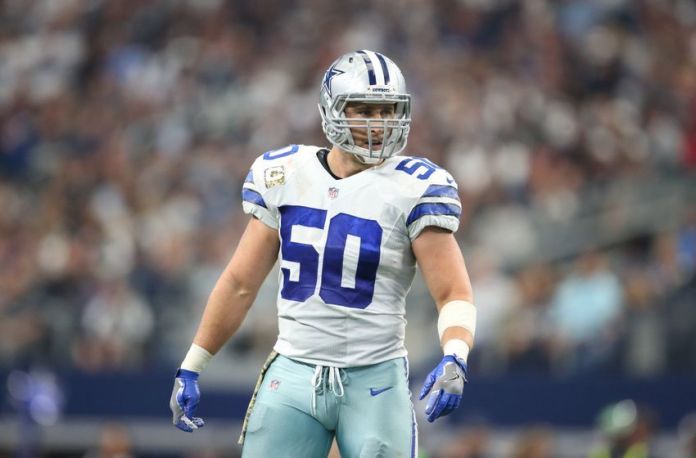 This is another linebacker who doesn’t nearly get the recognition he deserves. Lee has had several injury problems in recent years, but when he’s healthy (and he has been this year) he is one of the very best at his position. The Cowboys defense ranks number one against the run at this point thanks in large part to their star linebacker’s unwillingness to get blocked. So many times you see opposing offensive lines misjudging angles or simply not being able to get a grip on number 50. But what separates him from the pack is his ability to take away space in coverage, as he can sit down in zones and react to checkdowns to make tackles short of the line to gain as well as any LB in football. 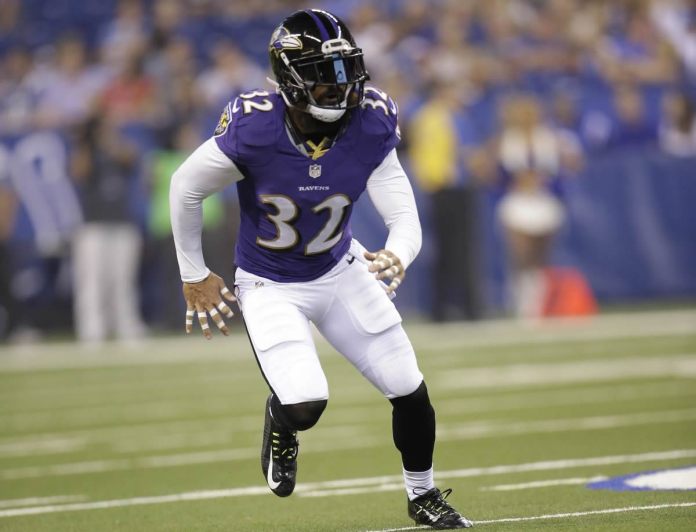 After spending his first nine seasons in San Diego where his name rarely came up in the conversations for best safety in the league, Weddle chose to take his talents and leadership qualities to Charm City. Only Landon Collins and HaHa Clinton-Dix have more interceptions from the safety position than the ten-year vet (4). There are also only five safeties with more tackles than him in addition to his 11 pass deflections. After starting his career as a free safety he has begun to play more of a hybrid position for the Ravens D where he can use his intelligence and understanding of the game around the line of scrimmage while also dropping deep and challenging opposing passers to test him in coverage. 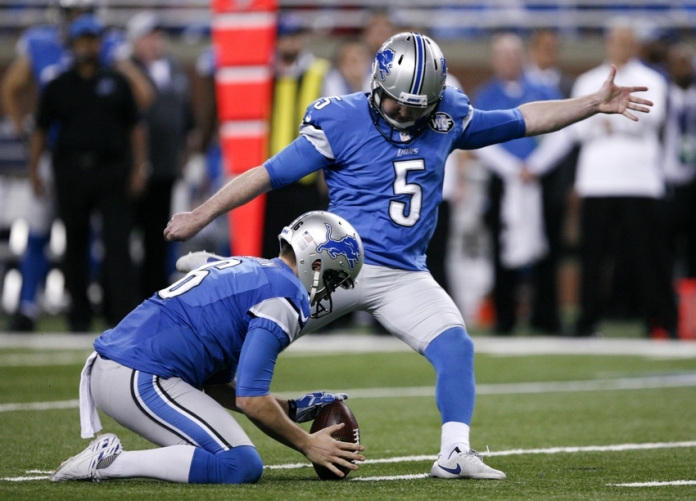 To me there’s no question Justin Tucker is the overall best kicker in the league, but if you talk about converting big-time kicks with the game on the line I don’t think anybody comes close to what Prater has done in 2016. He has converted on 30 of his 33 field-goal attempts and none of those misses have come inside 40 yards. At the same time he has made six from 50+.