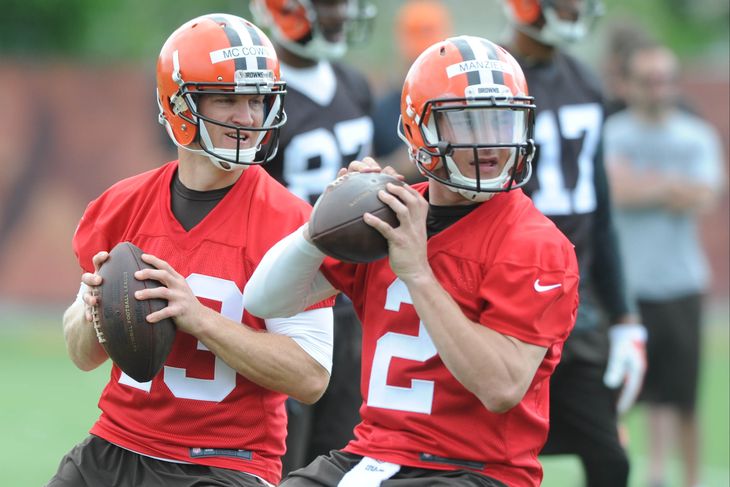 After a long time without a word from me, I decided it was time to take a look at the most interesting battles for starting positions among teams around the league and put in my two cents in.

Cowboys Runningbacks: With DeMarco Murray headed to the division rival Eagles and after having one of the top rushing attacks in the league last year, there are a lot of questions who will carry the load for Big D in 2015. Jerry Jones is high on Darren McFadden as a former Arkansas player, but don’t count out Joseph Randle. Although he only carried the ball 51 times last year he was very effective when he got it, as he averaged 6.7 yards per carry. Lance Dunbar will probably not play a major role, but could still steal some carries. Since the Cowboys didn’t draft any back, they seem to have confidence in what they have at the position. But who’s their guy?

Bills Quarterbacks: The problems Rex Ryan has had at the quarterback position are well-known and it might be very similar this season. Right now it is a three-horse race between veteran Matt Cassel, third-year man EJ Manuel and last year’s backup in Baltimore Tyrod Taylor. All three of those guys have different skill sets – Cassel is more of a traditional drop-back passer and game manager, while Manuel has a good overall skill set but lacks consistency and Taylor has had his few big moments when he used his feet. With the offense already officially built on running the ball, I’m very interested to see who the organization thinks can keep the unit balanced.

Texans Quarterbacks: And because of Hard Knocks we have the chance to see it right before our eyes! We won’t see what’s happening behind the camera, but we’ll get a look at who might be the missing piece for the Texans to get back into the playoffs and maybe even go past the Divisional Round soon. Their defense is playoff-ready, they have a couple of excellent young receivers and one of the best offensive lines in the league. So it will be very interesting to see if Ryan Mallett, Brian Hoyer or maybe even last year’s fourth rounder Tom Savage will lead the team. I still think Mallett will step up and play well.

Ravens Tight-Ends: This seems to turn into a luxury position battle, as the Ravens have two potential standout pass catchers at the position. Dennis Pitta has missed the majority of the last two seasons because of a hip injury, so they decided to pick up the number one tight end in the draft Maxx Williams. Pitta was Joe Flacco’s favorite target before he was hampered by inuries, so if he’s healthy he has a strong chance to start for Baltimore, but Williams will be a spectacular move tight end if he works on his route running. In the end I think we’ll see a lot of two tight-sets, but the Minnesota product will be often used to create matchup problems for opposing defenses. Don’t sleep on Crockett Gillmore or Nick Boyle though, who might make an unexpected impact as well.

Giants Defensive Ends: The Giants have a great tradition of edge rushers, but they’ve let guys like Justin Tuck and Mathias Kiwanuka walk out the door the last couple of years. And while Jason Pierre-Paul was just franchise tagged and should be a fixture in the starting lineup the other defensive end spot is still up for grabs. The contenders are Robert Ayers, who was a first round pick in 2009, but hasn’t quite lived up to it, Damontre Moore who I thought was a steal in the third round two years ago, but has made the bigger impact on special teams so far and another great third-round pick-up Owamagbe Odighizuwa from UCLA, who still has to develop into a consistent pass rush threat. I could easily see the rookie end up in the starting eleven if he works hard on his hand usage and pass rush moves, but right now I look at Moore to be on the first unit.

Eagles Linebackers: Connor Barwin was an absolute stud last year and Mychal Kendricks easily was a top three inside linebacker when healthy in 2014. So I have no doubt they’ll start for Philly next year, but I’m not really sure who will take the other LB spots. Chip Kelly traded for his former Oregon guy Kiko Alonso , but they still have DeMeco Ryans who kind of flies under the radar even though he plays way above his size. Alonso probably fits best at outside backer, but not in a 3-4, so he and Ryans will fight for that spot. That leaves Trent Cole’s spot on the outside open for Brandon Graham, who they just awarded with a new four-year contract, and their first round pick from last year Marcus Smith, who didn’t record a single tackle during brief playing time in his rookie year. Graham certainly has more production and experience, but the Eagles probably saw the same thing with Smith I did when I watched him at Louisville and during last year’s preseason – a complete player who can set the edge, drop into coverage and is still defining his pass rush techniques. I think Chip will move his former player Alonso next to Kendricks and the Eagles will rotate the two outside backers mentioned, depending on the opponent’s gameplan.

49ers Cornerbacks: With all the losses the Niners have suffered people seem to forget that their two starting cornerbacks (Chris Culliver and Perrish Cox) have left via free agency. Last year’s first round pick Jimmie Ward will probably see a lot of playing time at nickel, but the two outside spots are still up for grabs. I think Tramaine Brock and Dontae Johnson will ultimately end up in the starting eleven, but Chris Cook, Marcus Cromartie and Shareece Wright will all try to make a push into the first unit. I could also see them bringing in another (veteran) corner to compete.

Packers Defensive Backs: After Tramon Williams and Davon House left via free agency the Packers didn’t hesitate to pick up two defensive backs with their first and second round picks. Damarious Randall (Arizona State) was a free safety in college, but was often lined up across from slots and breaks on the ball very quickly. Quinten Rollins (Miami, OH) on the other hand spent most of his only season with the football program at corner, but many experts project him to safety because of his ball skills and the flair for the big play. I believe HaHa Clinton-Dix will be a stud soon and Morgan Burnett just had the best year of his professional career, so the safety spots seem taken to me. I think Randall will play a lot of nickel, but I don’t see anyone to take the second corner spot, so Rollins will maybe stay on the outside. Personally, I’m a huge fan of their undrafted rookie Ladarius Gunter (Miami). 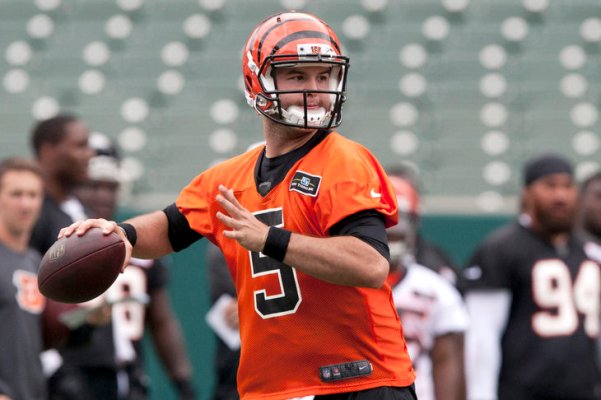 Another job that looked safe until recently but might have another contender is the one for the starting quarterback in Cincinnati. Wallace Gilberry’s comments a couple of days ago just convinced me even more. In my opinion, Andy Dalton is one of the worst starting quarterbacks in the NFL and McCarron has already had great success in a run-based offense when he went 36-4 with Alabama while taking tremendous care of the football. I’ve always like this kid and I’d be very happy for him if he gets the nod over Dalton, who now has lost his first four games in the playoffs.