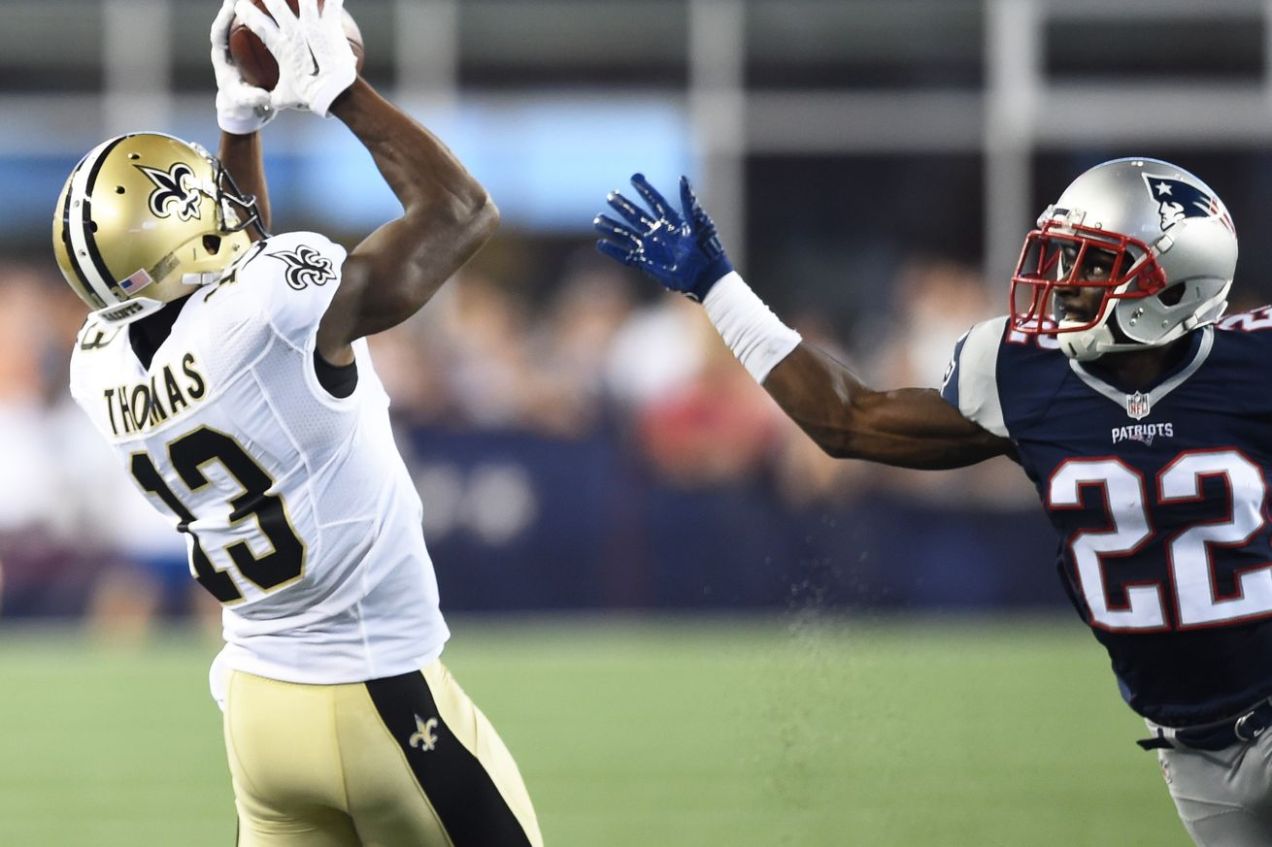 Every year some players at the bottom of team’s rosters around the league emerge and that’s what this list is about. The idea is not to talk about Pro Bowlers who may take the next step, but rather about guys and position groups who many people don’t even know of. All of them take on different roles – some might crack the starting lineups while others make their impact as a rotational players while some units will be much better than they were just a year ago. With the preseason in full swing we got a first look at all of them.

Even though there are no household names among them and they combine for only one Pro Bowl (coming from Justin Forsett) this is a very deep group. Javorious Allen did a solid job filling in as the starter after Forsett got injured last year, Kenneth Dixon who they drafted in the fourth round could become an excellent receiver out of the backfield and the guy I really believe in is hometown kid Terrance West. He’s a big back with excellent feet who fights for every yard and who I can tell wants to be an all-around great back.

As if the Jags didn’t have two great receivers already in the two Allen’s this guy will join the party as an excellent number three option at the position. The reports on him coming out of camp were all great and now he’ll bring it to the field as he showed me in the first preseason game. When healthy he’s a dynamic playmaker who in combination with the other receivers and tight-end Julius Thomas third-year guy Blake Bortles will have a lot of weapons to work with. 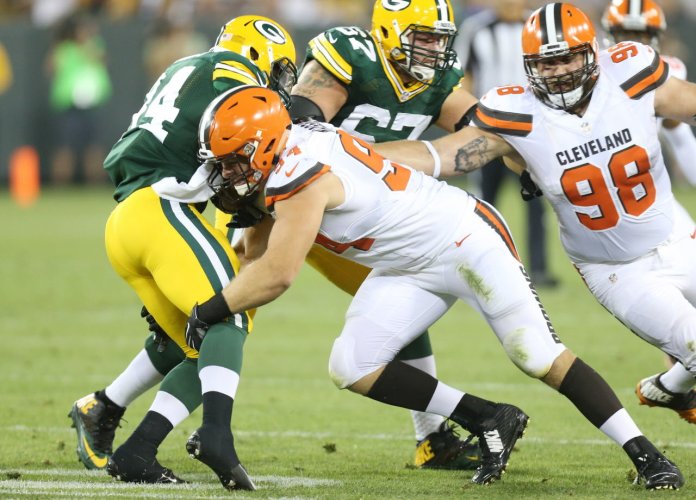 With Cleveland’s inability to find any high-class edge rushers via the draft (Barkevious Mingo) or free-agency (Paul Kruger), Nassib’s flashing play in preseason is a welcome site for them.  So far he’s dominated the opposition especially late in games and while he’ll have to prove he can do against the elite offensive linemen he is willing to work harder than anybody else and plays with a relentless motor, which is a valuable asset on a sub-par team. 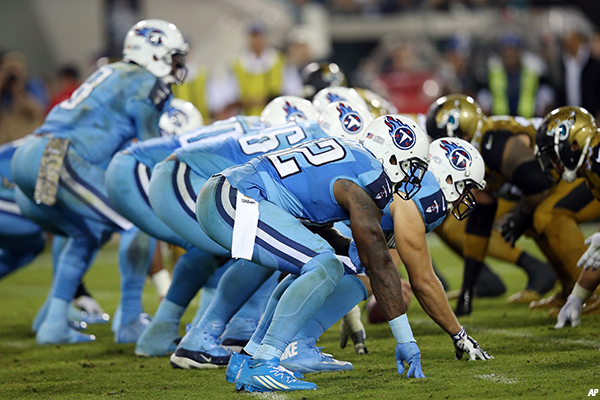 Over the last couple of years the Titans have been one of the worst teams in the league. But the front office understood the keys for success – getting a franchise quarterback and putting an offensive line in front of him to dominate up front. If I look at the starting five I see three possible Pro Bowlers in Taylor Lewan, Chance Warmack and Jack Conklin – if not this season, then in years to come. With those three former top ten picks, the addition of center Ben Jones and a nasty Quinton Spain Tennessee could easily have one of the best O-lines and rushing attacks in the league. 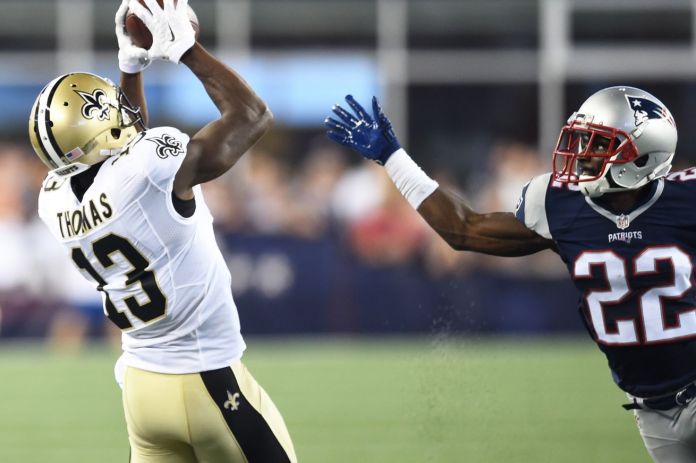 With the trade of Jimmy Graham to the Seahawks the Saints lost a valuable asset to their receiving corp – size. The former Buckeye and nephew of Keyshawn Johnson is a big-body type guy who wins with verticality and strength at the point of the catch. He’s already come down with some huge plays along the sideline and he will play a large role in the red zone to make up for the loss of the former All-Pro tight-end last offseason.

This former LSU Tiger went undrafted in 2014 and only appeared in a total of seven games in his rookie season. Since then he hasn’t shown any signs of being an impact player in the NFL until the Patriots’ second preseason game. I saw quickness, I saw penetration and I saw tenacity. Matt Patricia is known for letting the best guys play and not give veterans any advantages. New England is pretty thin on the defensive line with last year’s first round pick Malcolm Brown and two-down run-stuffer Terrance Knighton leading the pack. If Johnson shows some more of that explosiveness he could see a permanent role in the rotation. 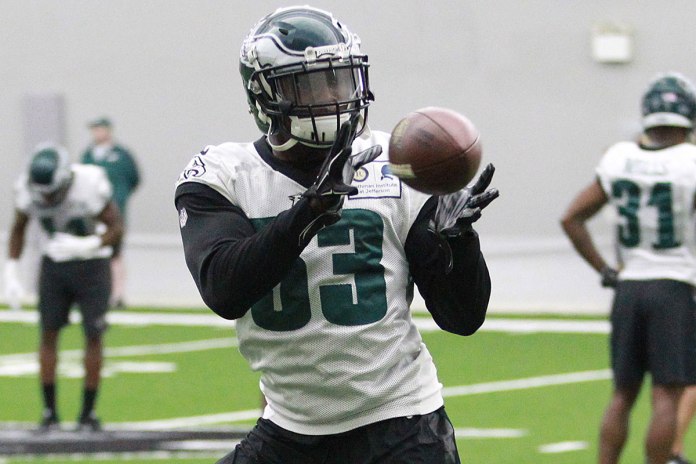 A couple of years ago the Bills had one of the top young linebacker units in the league with Preston Brown, Kiko Alonso and Bradham. After the new Eagles regime traded away Alonso they signed him former teammate Bradham to boost their LB corp. I like his versatility in coverage and toughness against the run. Now entering his fifth NFL season he will fit right in with all-around linebacker Mychal Kendricks and sophomore Jordan Hicks, who proved he belongs with the starters in his rookie campaign.

The Vikes had one of best defensive units in all of football last season. The area they could improve most was the second safety spot to pair with all-world player Harrison Smith. Exum was one of the top safeties in the country back in his junior year at Virginia Tech, but a knee injury during the offseason threw him back and so Minnesota picked him up at the end of the 2014 draft. After seeing him move around in training camp and preseason I feel like he might be the missing piece to the Minnesota D. He brings good size and mobility in pass coverage and although he doesn’t have great experience at safety, he could utilize his skill set of hard hitting and nice ball skills if he’s allowed to roam around and play free.

With the loss of Bruce Irvin in free agency the Hawks need some to step into their Jack linebacker role and Marsh is primed to shine at that position. What I really like about his game is how well he uses his hands to club or control, his power to set a physical edge and the effort he plays with. If there’s anything Seattle demands from their defenders it is energy. Now having learned the system and grown as a player for two seasons, he will be able to avoid some of the mistakes he would have made if he was thrown into the fire right away.

No doubt Carlos Hyde is the guy for the 49ers, but he was hurt last year. If they want to keep him upright and allow him to bring the hard-running style of play he’s capable of he needs some help. I feel like Davis will give his teammate and the entire offense that balance. Just like Hyde he doesn’t shy away from contact and will fight for yards. The thing that concerned me was the loss of pure speed in his final season as a Gamecock, but he looked pretty fast from what I’ve seen and as long as he takes care of the ball, he has the all-around skill-set to be a very productive RB 2.

Others to keep an eye on:

Jadeveon Clowney, OLB, Texans – This name is too obvious to really write about it. It’s time to dominate for the former number one overall pick.

Falcons rookie linebackers (De’Vondre Campbell and Deion Jones) – Dan Quinn loves speed on the defensive side of the ball and those two guys can flash. I don’t think they have enough experience yet, but he won’t shy away from putting them out there as long as they produce.

George Atkinson, RB, Raiders – He doesn’t have great agility, but when he has room he can really turn on the jets as a runner or returner.

Nelson Spruce, WR, Rams – Los Angeles lacks a true reliable target and although Spruce isn’t a household name he could grow into a big role as he runs nice routes and keeps the chains moving.

Marcus Golden, DE/OLB, Cardinals – With the addition of Chandler Jones via trade the Cardinals already boosted their pass rush department. That will leave some one-on-ones for the sophomore Golden to put pressure on opposing QBs.

Stephen Anderson, TE, Texans – Houston brought in a new franchise quarterback and a ton of weapons for him, especially in the draft. And even after the process they found a mismatch-guy in Anderson who’s made a lot of noise in training camp and will be an intregal part to their offense.

Matt Judon, DE/OLB, Ravens – In his first two preseason games this small-school kid has racked up three sacks and if he continues to impress like that he could get some more during the regular season.

Marcus Rush, OLB, 49ers – This sophomore is another edge guy who could emerge in 2016. With Aaron Lynch suspended for the first quarter if the season he could easily see some big minutes in the rotation as he shined with three sacks against the Broncos last weekend.