Adding to my top 10 cornerback prospects, here is my list of the best safeties available. The skill-sets of these guys are very different and can go from in-the-box safeties to center-fielders. I always like to see lower-level players I can put up here and there are a couple of very intriguing guys out there.

This guy can take away a deep half, play the slot in man-coverage or control the middle of the field. He is special in his ability to break on the ball and play sideline to sideline, punishing receivers when they touch the ball. Joseph plays with great pad level and can slip blockers, but occasionally lets them get into his frame and gets caught up. What puts him on top of my list are his flexible hips and outstanding range to make plays all over the field. He suffered a season-ending injury to his knee during practice in October and medical reports will determine where he goes in the draft, but right now it looks like he’ll be ready for training camp. Joseph is a fierce competitor with outstanding toughness and aggressiveness and his coaches have nothing but respect for him. 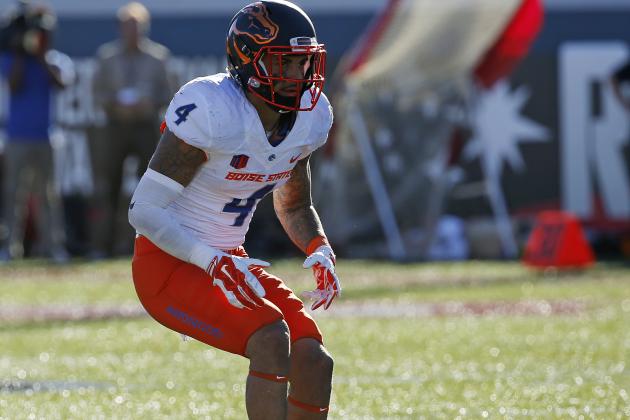 The all-time leader in interceptions in the Mountain West conference (19) has outstanding instincts and ability to read plays. He is a ball hawk who can make things happen when he has it in his hands. Thompson is active against the run with no hesitation to take on bigger blockers or dive at their feet to create a pile. As receivers try to bring in the catch he puts his head on the football to knock it loose. His overaggressive angles hurt him sometimes and he lacks elite change of direction skills to recover, but he is a playmaker, great leader and highly respected by his teammates. 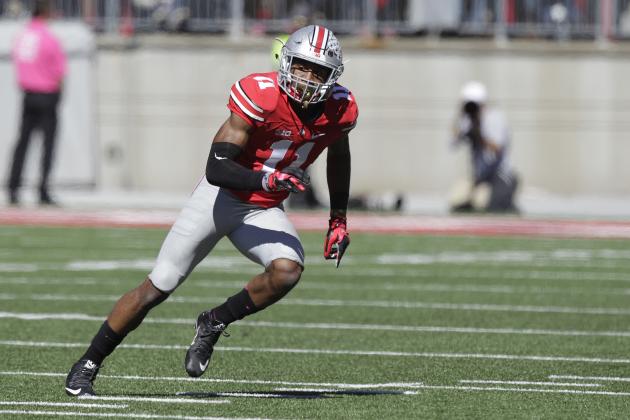 This Buckeye might not be intimidating, but he is a very balanced and coordinated athlete without any wasted movement. He trusts his eyes, not overreacting on fakes and has a natural feel in coverage.  Bell has experience in zone coverage as a nickel and high safety as well as man-coverage on slots. He has had some problems running with faster receivers, but when he finds the ball he does a good job attacking it at the highest point. His biggest issue is open-field tackling, because he tends to wait on ball carriers and isn’t what you’d call a form tackler mainly because he’s not even six feet and weighs in at just 200 pounds, but he doesn’t mind taking on blockers in the run game and has an alpha-male mentality when he hits the field. 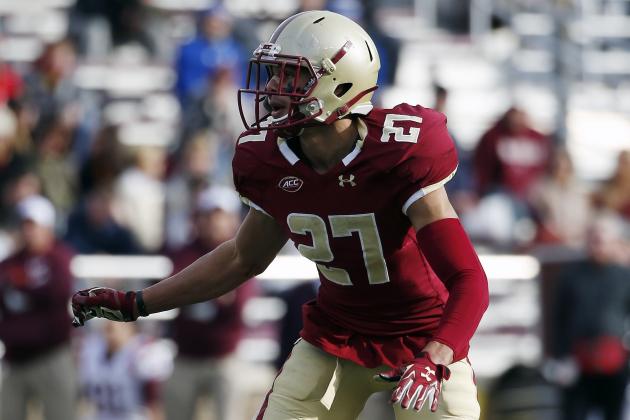 In 2015 Simmons took over the pure center field safety role for BC and now he’s always around the football. Before that he spared time outside at corner, which explains his body type. I think the transition served him well as he can now use his skills to diagnose plays and run all over the field. He is outstanding when it comes to accelerating, breaking down and blowing up receivers. In the ground game he races up to the ball-carrier and consistently falls forward with his opponent when he wraps up. He may not have elite change of direction skills, but he was unbelievable at the East-West Shrine week. 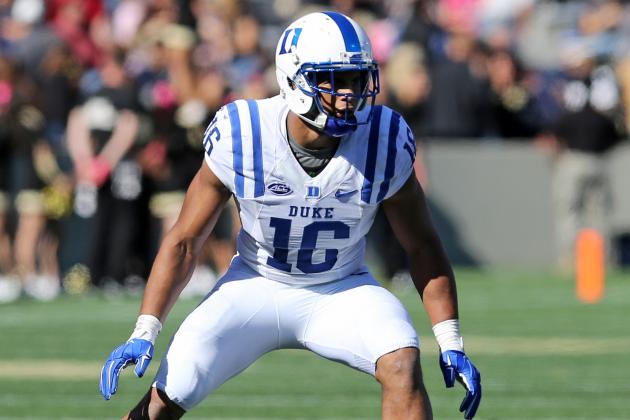 What you get with this kid is a very physical football player. He played a lot at nickel, but looked more like a linebacker near the line of scrimmage. He has tons of experience as a blitzer, he’s a screen killer, doesn’t take any unnecessary steps and fights hard to get through blocks. Cash is a little stiff in his hips and lacks elite speed, but he had a lot of impact on games. I think he projects best as a run-stuffing strong safety or dime linebacker at the next level and if the medical reports on his hand he broke in December look good, he should bring a very unique skillset to some team with ACC Defensive Player of the Year honors to show for it. 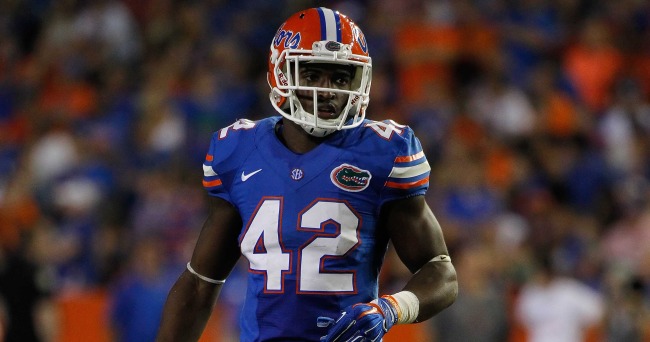 If you think of how a strong safety should look like Neal is your guy. He matches that with the physical and violent style he plays with. He is extremely active against the run, plays downhill and punishes ball-carriers. He is the type of player who makes opposing receivers fear catching the ball when he is around. He played as a high safety for the Gators at times, but because of his lack of speed and mediocre reaction skills he will be best as an in-the-box safety in the NFL. I like his aggressiveness, but he needs to learn how to control it as far as taking better angles and avoid some late hits out of bounds. 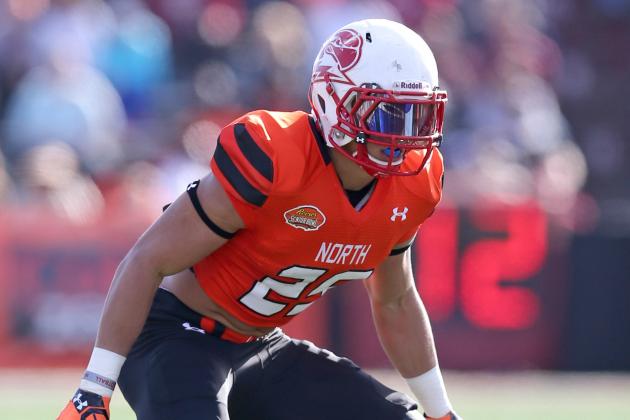 This guy is a thumper. When he hits you, you’re going backwards. He is impressive in how well he moves for his size, as he had deep half and middle responsibilities outside of his primary role near the line of scrimmage. He is at his best when he has a clear shot and can strike through the ball-carrier. He certainly needs time to develop his play recognition skills and become better at tackling in the open field, but he has the tools to turn into a special player if you let him develop and get him in the rotation via nickel- and dime-packages early on.

Not a lot of people know players from the Conference USA, but let me till you – this guy is a baller. He made the All-Conference team four times in a row with 19 career INTs and four of them going for touchdowns. He has the frame of a strong safety with a see ball-get ball mentality, secure tackling and incredible ball skills. He doesn’t run around without a purpose, reading the quarterback’s eyes and trusting what he sees. At under six feet he doesn’t have ideal size and straight-line speed, but he is great at changing directions and pursuing the ball. And he held his own at Senior Bowl practices. 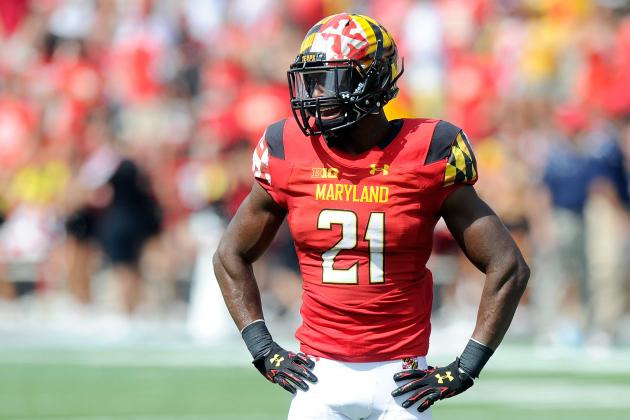 This Turp is extremely active flying down on ball-carriers and he is always around the football (298 tackles over the last three years). He possesses a ripped body with broad shoulders and size to match up with tight-ends. I like how he competes hard when the ball is in the air and how he attacks it when the opponent has it in his hands, as his five forced fumbles in 2015 display. Davis was awful in man-coverage at times, which to me should probably lead to a permanent move to safety. And even if that is not a team’s biggest need, he can take a hybrid role or be a dime linebacker.

This former wide receiver turned receiver intrigues a lot of scouts with his skill-set. He has good size at 6’2’’, enormous range, 4.34 speed and elite leaping ability. He shows great man-coverage ability at times and can take down signal callers in a heartbeat when he’s sent off the slot, but he is a developmental prospects, who needs to refine his tackling technique and instincts. If he gets that going for him, he will also start to be more aggressive when it comes to playing more downhill and attacking plays.

After my highest-ranked safety Karl Joseph went down five games into the season someone had to step up for the Mountaineers and that guy was Dillon. He is a very good all-around athlete, is active against the run as well as making plays on the ball in the air and has great instincts, but he needs to learn how to wrap up and run through ball-carriers.

Houston-Carson is another lower level stud that doesn’t get a lot of recognition. He made the All-FCS team as a corner and free safety, where he transitioned to last year. He has outstanding hip fluidity, vision and ball-skills with a downhill-style of play to deliver big blows, but he should become a more secure tackler and is overaggressive at times.

Bush had a rough 2015 campaign as he fought through injuries and didn’t have the same production as in previous years, but he glides around the field and fires down on ball-carriers. He is a tremendous athlete with nice length and ball-skills. He will have to read route combinations better and control his aggressiveness though to avoid mistakes and give up big plays.