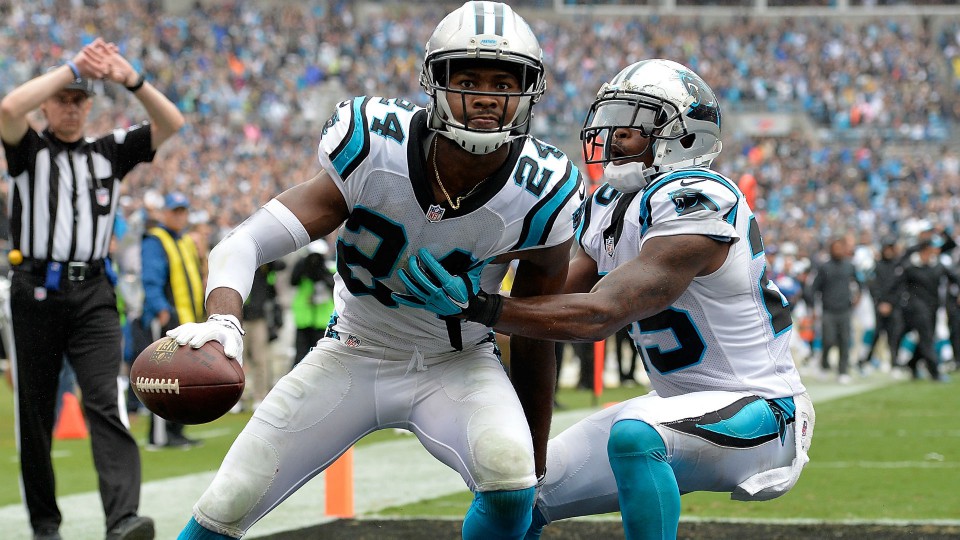 After listing the top ten offensive players in the league last week, I did the same for the guys on the opposite side of the ball as well. Once again the criteria includes playmaking ability, consistency and being on the field. By that I mean players who contribute to their team’s success every week and who make plays in critical moments. Here’s my top ten: 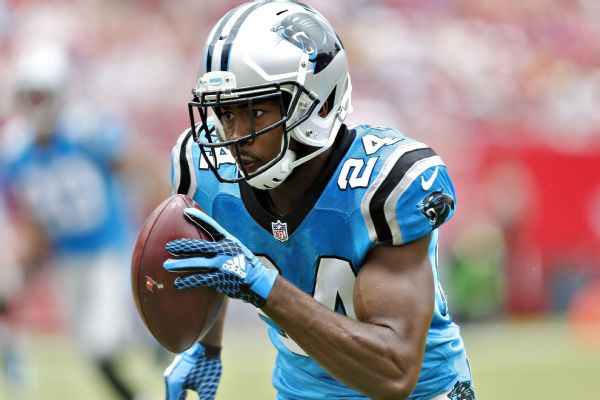 The emergence of this young superstar has been unbelievable. Last year he wasn’t even close to being in the conversation for the top cornerbacks in the league and all he’s done this year is leading the position group in pretty much every category, including interceptions, opposing quarterback rating when throwing at him, percentage of completions against him and number of pass deflections. I don’t expect him to keep improving those stats, as he starts to get the credit and recognition he deserves and opponents will start looking to attack the rest of this defense. 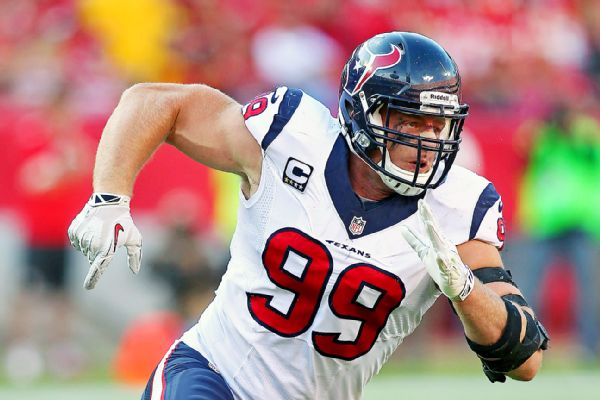 After the 2013 season some random football fan told me J.J. was a one-hit wonder. I just smiled and told him to watch the tape. That’s comparable to this year’s version of Watt. He demands so much attention and offenses double- and triple-team him all game long and he still finds ways to make plays. It makes me sick to see nobody around him doing so even though they have way more possibilities with his help. On Sunday some of his teammates, like Whitney Mercilus who had three-and-a-half sacks, finally came through and if that trend continues I’m curious to see if this Texans D can turn it around. 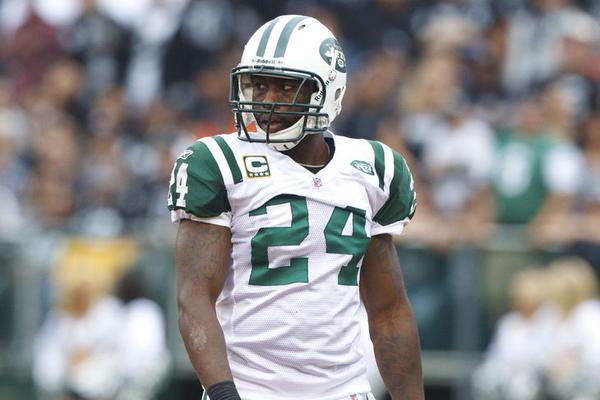 Right after those two comes the modern-day definition of a shutdown corner, as Revis has been that guy for almost a decade now. After returning to Gang Green he has continued right where he left off – as a premiere player and bringing his team in championship contention. With Antonio Cromartie on the other side of field he has seen way more balls thrown his way at the start of the season. That has proven to be a mistake though, as he has punished opposing signal callers for that by picking off three passes. At the same time he always is around the ball, recovering three fumbles. 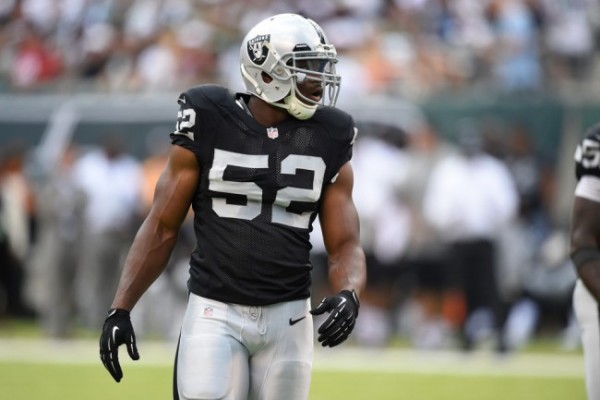 I truly believe Mack’s energy and play-making ability has given this entire Raiders team the spark they needed to become the team they are now. His numbers don’t jump off the screen, but people who have played against him know what he’s capable of. He is an outstanding pass rusher and one of the very best against the run. If you are that complete of a player and everybody’s feeds off your energy you deserve a spot this high. 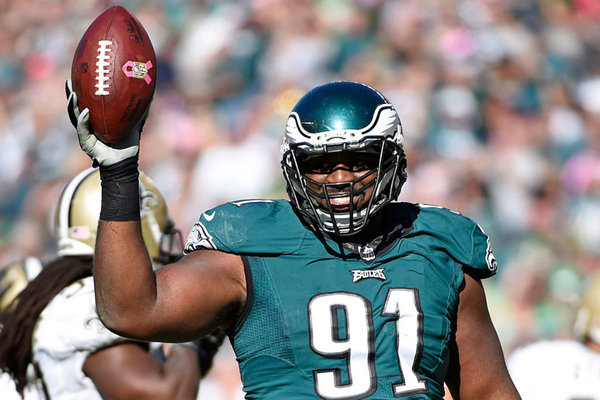 This guy is the closest thing to what J.J. Watt does as far as disrupting every play goes. He’s just always in the offensive backfield. I thought he was close to being a top ten defensive player last year already even though he only had four sacks the entire year. This season he already has five and he has forced three fumbles as well. He has been a rising star up to this year and now he’s ready to settle in at the top of the mountain. 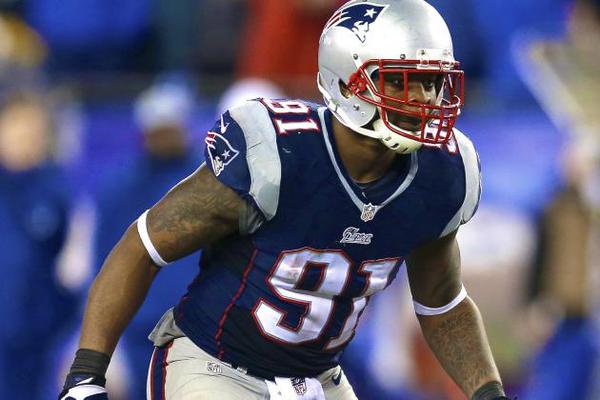 Before last season I picked Jamie Collins as one of my players on the rise and boy did he do that. He is the key to this Patriots defense, which has lost their starting cornerbacks and nickelback via free agency. He’s an athletic freak, has a knack for the football, is an excellent blitzer, doesn’t miss tackles and has grown into the leader of this unit. 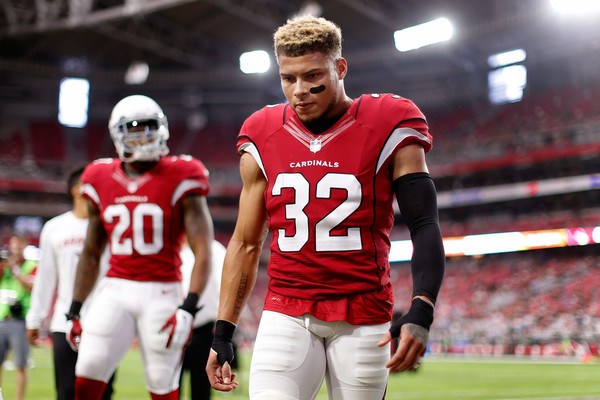 It was just a question of time and discipline for Mathieu to be one of the elite defensive players in this league. At just 185 pounds there is nobody like him as far as his physicality goes. He can run through blocks, make plays in the backfield and securely bring down opponents outweighing him by 50+ pounds. He combines that with outstanding range, coverage skills and ability to play the ball. Plus he might be the best blitzing DB in the league. 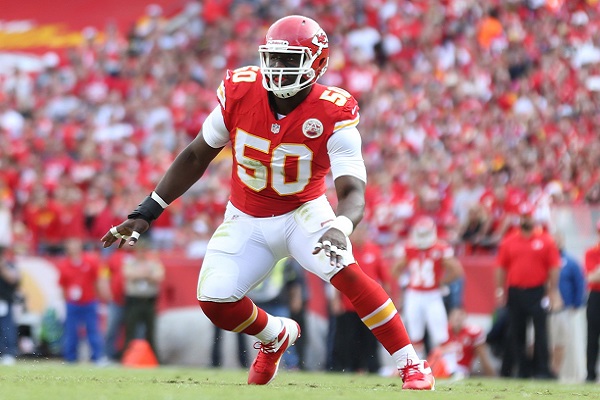 With the Chiefs taking a step back from where they were the last couple of years, Houston has kind of been overlooked. This guy is still balling out. He is an explosive pass rusher, who plays the run better than most players at his position, as he can take on much heavier blockers , while also being able to chase runners down from behind. His statistics may have gone down (which isn’t too hard when you come up half a sack short of the all-time record the year before), but leading the league in QB hurries shows you’re disruptive. 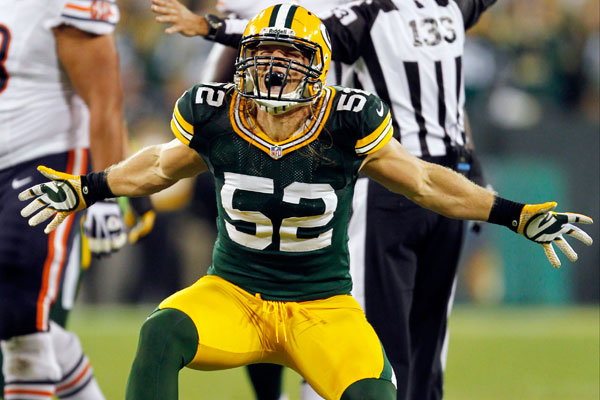 The unselfish decision to move to the middle at the end of last year has changed the Packers defense. The way he controls the unit has been a huge boost for his teammates, but it’s his incredible ability to make big plays that sets him apart from anybody else at the position. He is an absolute screen killer, doesn’t shy away to attack the backfield on run plays and gets to the quarterback from anywhere on the front of the defense. 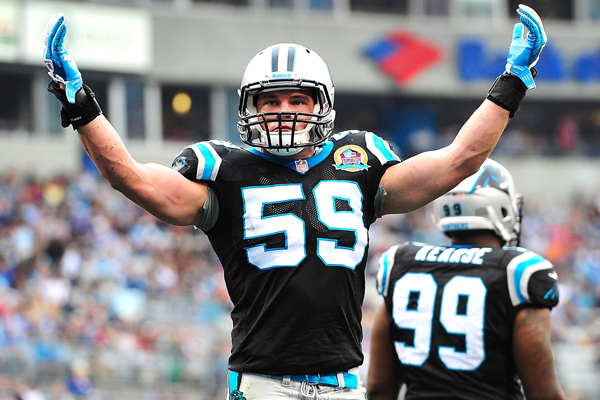 Cam Newton may act like and be called Superman, but the guy really wearing the S under his shirt is Kuechly. He has played in only four games this year, but his ability to get this defense set, make plays everywhere on the field and come up big when his team needs him most has helped the Panthers a lot to stay undefeated so far. If you need prove for that, just check out his performance against the Colts and his interception to pretty much seal the game. If he stays healthy for the rest of the season he will continue to move up this list. 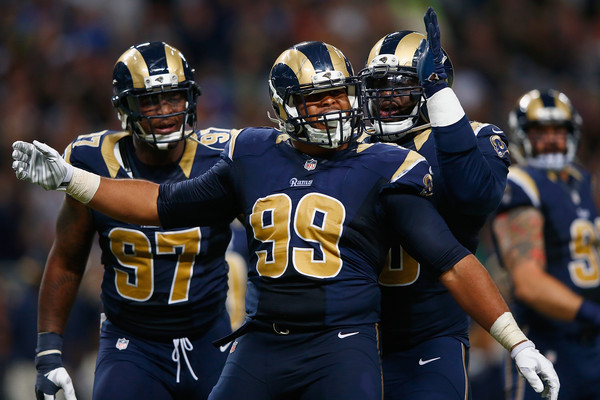 Last year’s Defensive Rookie of the Year is building on a strong rookie campaign by disrupting offensive plays with great leverage and quickness. If Kuechly wasn’t the clear number one middle-linebacker, Donald would have made the list.

The Legion of Boom hasn’t been the same as in previous years, but Sherman is still one of the premier cornerbacks in the league. Just watch how he shut down Dez Bryant, who looked like he was in pretty good shape.

Geno plays a lot like Donald, but he tries to overpower opponent’s offensive lineman getting under pads and simply driving them into the backfield. The Bengals wouldn’t be where they are right now without him.

No way you can mention Kuechly without his teammate Davis. He did a marvelous job when Kuechly was out and now with both guys on the field it really feels like they are the bullies on this Carolina D.

I wasn’t quite sure if I wanted to put up Miller or Ware, so I decided to go with the duo of those two. The Broncos have one of the elite secondaries in the NFL, but those two guys and the way they create pressure on opposing quarterbacks is the key to the best defense in the NFL.

Once again you can check out the top ten offensive players right here.